Prior to becoming a fully fledged Cap’n and bartender extraordinaire I used to frequent the local watering holes on the weekends, mostly to catch up with the boys and watch the footy. But since I moved a few minutes out of town I find it more enjoyable to spend time behind the bar at The Mahi Mahi Room serving up and enjoying a few drinks with close friends.

When I used to hit the pubs a question I always seemed to get asked a lot was “Are you married?” Now obviously it’s girls asking this because most guys couldn’t care less if you are, they’re usually more concerned about whose shout it is.

The female brain is wired differently from the male version (obviously) and a question like this from a female is never an innocent one. I mean, women are pretty observant about little things, like why I’m wearing thongs and a tropical shirt at the pub, so something as obvious as looking at my hand to see if I was wearing a wedding ring would be a pretty obvious step if they wanted to know. So why ask?

I mean, if I find myself talking to an attractive girl and we’re hitting it off I always look to see if they’re sporting a wedding band. If they are, the conversation stays at a certain level. If they don’t I’ll figure they’re available, at least until they say otherwise, and continue to chat away. I never ASK if they’re married, it just doesn’t sound right. Asking a girl if she’s married feels more than a little creepy…a bit like “So, do you come here often?”

But with women, they are asking because they have an ulterior motive. Most times it’s out of disbelief that someone of my obvious quality breeding stock isn’t hitched. They’re even more disbelieving when they find out I’ve never been married.

Occasionally there’re curious about whether I’m on the market, sometimes for themselves, and other times they have a girlfriend in mind and are getting ready to switch into matchmaking mode (run Forrest, run). Either way, if it’s not something they’re planning on acting on immediately, then they’re filing it away in their memory banks for potential future use.

Also, in my experience, the drunker a girl is when she asks is directly proportionate to the likelihood that it’s for themselves. As good as I look I must look bloody awesome through beer goggles because I never get hit on anywhere but the pubs.

Come to think of it, it WOULD be a pleasant change to get hit on by a cute (sober) girl at other places, like at my day job for instance. I’ll have to make a mental note to pay more attention at the day job the next time a cute female customer asks me “so, do you come here often?” 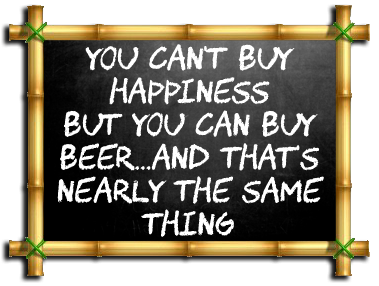