It’s a close race but “Powerage” would have to be my favourite AC/DC album of all time. OF ALL TIME! Having said that I’m not too sure what my choice says about me when it’s also their worst charting release.

Mind you, it’s not like you can call any release that goes triple platinum in Australia a bad album. It’s just that most of their other albums made it into the top ten on the charts. In fact the only three albums that didn’t claim a top ten spot were “Powerage” (22), “Let There Be Rock” (19) and “Highway To Hell” (13) and in my opinion those are actually three of their best four albums, along with “Back In Black”.

WHAAAAT? Yeah I know, I know. Put away your torches and pitchforks…

As good as they are, AC/DC’s first few albums were raw. Great releases and full of passion, yes, but still unrefined and a little uneven. They didn’t really began to evolve into a true rock and roll powerhouse until the first of their three worst charting albums “Let There Be Rock”. They reached the crossover of cheeky, youthful rock and their stadium filler incarnation (made famous by “Back In Black”) with “Powerage”. They then continued towards that heavier sound with the classic “Highway To Hell” and you can hear the changes perfectly if you listen to the albums in order.

The lyrics of Bon Scott grew from cheeky, childish digs at sex and drinking into deep metaphorical plays on words. The musical growth and progression of Malcolm and Angus Young is also easily heard as they use a more restrained and refined style without losing any of their trademark bluesy hard rock hooks. I put that down in no small part to the introduction of their bassist Cliff Williams whose playing added a level of maturity that was missing from previous albums.

None of the songs on “Powerage” made any impact on the charts although everyone of them are pure rock and roll gold. But I’ve chosen “Gimmie A Bullet” to single out here because it clearly demonstrates their journey into full fledged rock legends and how they were experimenting with slightly different things in their music along the way.

They take such a simple guitar riff and in true AC/DC style turn it into a catchy powerhouse song replete with deep metaphorical lyrics. In fact, for a band that is so well known for its guitar riffs and solo’s, it’s the only AC/DC song I can think of that has absolutely no guitar solo whatsoever. No intro solo, no outro solo…nothing. Apart from a few bars at the very start it sounds like the Young boys are using only a handful of power cords repeated through the whole song!

Whilst I like a lot of the albums the boys have released since his passing, I have to admit I’m a bigger Bon Scott fan. I love the wild, raw, cheeky nature of the music and lyrics that the Bon Scott era embodied especially as they matured in his last three releases. Whilst AC/DC have some powerhouse hits with Brian Johnson at the helm, lyrically they just don’t quite reach the same highs as Bon’s albums.

If you’ve never heard this song or album do yourself a favour and have a listen. It’s a great blending point between both extremes of AC/DC’s massive collection of hits and I highly recommend it for all rock lovers 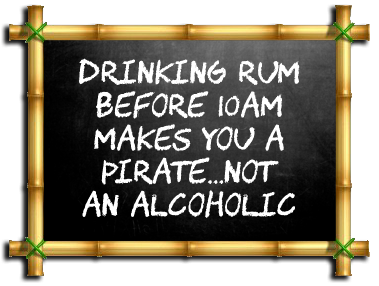