I’m always looking for new music to add onto the jukebox here at The Mahi Mahi Room but offerings from today’s music scene are few and far between. I don’t listen to the radio or watch TV (unless the footy is on) so I don’t get to hear much newer music. Thankfully ARIA has a webpage as well as a YouTube channel and for the last couple of years they have released playlists with the Top 100 singles for those years.

I’ve since come to the conclusion that I’m now officially too old to enjoy today’s music. In fact I feel a bit like George Jetson did in the following clip…

Personally I enjoy music from most types of genres, some more than others, but overall I tend to gravitate towards good old fashioned Aussie “pub rock” style bands. You know the type I’m talking about. Bands like “The Angels”, “Cold Chisel”, “Australian Crawl”, “Men At Work”, the list goes on and on. Obviously I would have included “AC/DC” in that list but I’ve been told that they aren’t considered “pub rock” by people “in the know”. Apparently they’re more like “stadium rock”, even though they started out on the pub circuit. Fun fact, they even made an appearance in my little home town (Kingaroy) in 1975. Who knew…

On November 29, 1975 the band came though the South Burnett to play the Kingaroy Town Hall as part of their T.N.T. Australian tour. The band had only formed two years previously, and had just released their second record T.N.T. At the time the band’s biggest hits were “It’s a Long Way to the Top (If You Wanna Rock ‘n’ Roll)” and “Baby Please Don’t Go” which was a cover of a Big Joe Williams song. A young Scottish-Australian singer, Bon Scott, had just taken over lead vocals for the band the year before from Dave Evans. The band did not get much time to rest after the show, with them hitting the road to play a gig in Brisbane the next night. The show was part of a mammoth four-month tour, which took the band all around the country, and doing a gig almost every day.

But I digress. So anyway, after making peace with my age, I’ve been steadily exploring artists from the 70’s, 80’s and 90’s hoping to unearth some classic rock tracks that I missed during my younger years. And boy, have I found HEAPS! Thanks to YouTube and the internet in general I can explore music to my heart’s content. No longer are we limited to what record companies want to expose us to. We can search out new music and bands that better suit our own musical tastes, from all around the world and listen to their songs before we buy them.

In doing so I recently stumbled across a new CD release from Festival Records called “The Glory Days Of Aussie Pub Rock” – Volumes One and Two. All I can say is “WOW”! Each volume contains four CDs totalling 181 tracks from virtually every notable and successful Aussie rock band stretching from the ‘70s through to the ‘90s. I’ve got a handful of the songs already from other releases but there are plenty from some notable bands that I don’t.

Now it’s a given that I’d barely heard of about half of the bands largely due to them not gaining much mainstream attention outside of metropolitan centres here in Australia. Out here in the bush you had to record the late night “Rage” telecasts from Friday and Saturday nights to be any hope of hearing music from outside of the Top 40 that we were force fed during the time. But nevertheless they were icons of their time during the heydays of pub rock bands and I’m in the process of catching up on a few of these guys and their music thanks to these new CDs.

They are absolutely fantastic bundles of Aussie rock music history and each includes a booklet with track-by-track commentary from ‘70s Australian rock writer (RAM magazine founding editor and Cold Chisel biographer) Anthony O’Grady. The best part is I picked them up brand new for $19.95 each. I’ve included a link below for anyone interested in checking them out, or search for them online if you prefer to use another retailer. I don’t get any commission either way.

Now you’ll have to excuse me for a while so I can work my way through all these classic pub rock songs and start adding them onto the jukebox. Doesn’t even sound like work when you say it like that. 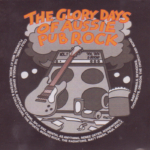 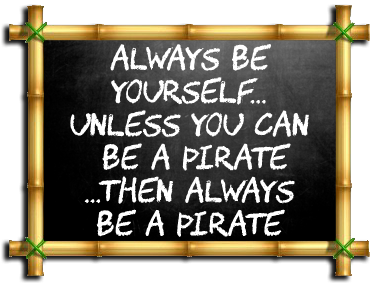