There’s a running joke that the only two times that it’s ok for a bloke to cry is when his footy team loses a grand final or his dog dies.

Yesterday it was the later as I had to help my brother bury his dog. He’s a tough bugger and it’s the only time I’ve seen him cry since he was a kid when I played a practical joke on him and scared the bejebus out of him.

To be honest I cried a little too because even though she wasn’t my dog I helped raise her on and off from the day she was brought home as a pup and especially the last couple of years since they’ve been living here.

She’d been slowly getting worse over the last few weeks but nothing ever truly prepares you for when it actually happens. Those of you who have had to bury a four-legged member of your family know what I’m talking about.

She was visibly distressed and it was obvious that something was wrong. We had to take the roof off her kennel so we could lift her out and put her in the ute. My brother then took off into town to see the vet but she passed before he could get half way there.

She always used to love going for drives with him so he ended up driving around with her for quite a while, one last ride with his mate.

So we picked out a nice spot down the back of the block where we could put her to rest. A nice little corner that gets the morning sun and plenty of shade in the afternoon, just the way she liked to spend her days.

My brother plans to build a little garden around her resting spot and, since her name was “Rosie”, planting a rose bush to remember her by. He’s also going to put a couple of wooden seats close by so we can sit there and have a couple of beers of an afternoon like we always used to with her.

I think when she used to hear the sound of the tops coming off of the stubbies and saw the chairs come out of the shed that she knew that we were settling in for an afternoon of talking about the footy and all other manner of bloke stuff. She would then be happy enough to settle in at our feet and have a snooze to the sound of our voices and the smell of the beer.

When the garden and the seats are finished I’d like to think that in some weird way she’ll still be able to hear us while we sit around having a beer and talking about the footy.

Apart from when family members and close friends pass, burying a dog (or cat) is one of the hardest things you can do.

Rest in peace my old mate

We always used to feed Rosie around the same time each day and she always used to let us know if we were running late. But today it broke my heart watching my brother cleaning her food bowel out for the last time when he normally would have been feeding her… 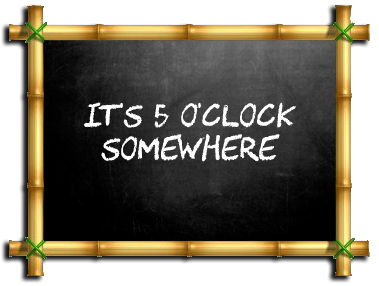