Smoking Martha have been burning through venues with their crushing live show since their first EP in 2014. Born of sultry songstress Tasha D and guitarist Mick Broome’s combined love of raw rock n’ roll, the band made a start in 2012 with the union of like-minded musicians Az Stonely (guitar), Matty Mulheran (bass) and Jordy Poynter (drums) who brought out the bands tough yet addictive sound and helped forge their explosive live show.

Since forming Smoking Martha have gathered a substantial cult-like following around the country as a result of relentless touring both has headlines and alongside acts such as Everclear (USA), FUEL (USA), Prophets Of Addiction (USA), Uriah Heep (UK), Seether (SA), Saliva (USA), Cherie Currie (The Runaways).

Since releasing singles “Say You’re Mine” and “What’s Her Name?”, the band have put the finishing touches on their debut album In Deep.
Recorded at Loose Stone Studios with Matthew Bartlem (Matt Corby, Dead Letter Circus) in the producer’s chair, it perfectly encapsulates the bands heavy hitting, but versatile sound. Softer tracks like “Baby Let Me Go” showcase the band’s ability to go from chugging riffs of previous song “One Night” to a song led by Tasha D’s huge vocal range layered with strings and a delicate acoustic guitar.

The band have made a record that cements their place in the Australian heavy rock scene.

Smoking Martha have been shaking success firmly by the throat for the last few years, with Tasha’s smouldering vocals and The bands captivating instrumental hooks, SM fans have a lot to look forward to!!

Below are the highlights of a chat we had with Mick & Tasha in one of our favourite Facebook groups “70’s, 80’s & 90’s Aussie Pub Rock”

It’s that time of the week again where we chat to and celebrate the bands out on the front line of pubs and clubs keeping Aussie pub rock music alive for the rest of us.

Welcome to another installment of “Pub Rock – The Now Generation”

If you’re joining us for the first time don’t be shy. Jump on in and join the discussion, especially if you’ve seen our guests live or heard their album. Have a question? Ask away. Or even just drop by and say g’day…

After plenty of testosterone driven music from our last few guests, this week we’re lucky to showcase our first female-fronted band in Brisbane based “Smoking Martha”.

We’re joined by Mick Broome and Tasha D, thanks for taking the time to stop by and have a chat with us

Tasha – Hey guys thanks for having us!!

You guys have been busy performing all over the place, up and down the east coast and I believe you even made a pilgrimage to NZ recently.

Tasha – Yes we have we love touring. NZ was awesome and our 1st international tour. We try to get to Syd and Melb as much as possible!!

I keep hearing stories here in this group about how often pub rock bands from the 70’s and 80’s performed, several times a week, some even twice a day. I’m pretty sure some of the members who were involved with a few of those groups could chime in and …See more

Tasha – Unfortunately the live circuit is not the same as it used to be as an original band you need to spread out your live shows. Enough to keep fans excited for your next performance. Every show needs to be an event. We would love to play live all the time!! But the only way to do that is to mix it up by playing acoustic as well as interstate!! Also Most bigger venues have a 2 week before and after contract that you can’t play in the same city

Wow, never heard that before, times have certainly changed…

Talking about events, you’ve been lucky enough to open for some big name bands recently like POD, Saliva and Fuel. They would have been great opportunities to rub shoulders with some established acts as well as the chance to play a few bigger venues and grab some extra exposure. I think you’ve also been pretty active on the festival circuit as well.

Tasha – Yes we have played some awesome venues and with some amazing bands. We really enjoy playing the local festivals: Dead of winter festival, Wallapalooza Festival

Mark –   Vocal reminded me of Gwen Stefani at the start….nice job.

Tasha – Thanks dude she was definitely a big inspiration growing up. Alongside Chrissy amphlett, Janis Joplin, Stevie nicks and Suze Demarchi

Mark mentioned how much you draw on Gwen for inspiration, I reckon “Ebb of the Tide” is a perfect example but you still manage to make the sound your own

Tasha – This is an oldie our 1st Eva recording

I heard this one after your EP and I’m glad it got a spot on the album, it fits so well with the rest of the tracks

Talking about your album, it’s been getting some rave reviews from just about every publication that hears it. I know that’s not what I’d imagine your goal would be when creating your music but it must make you feel good to know that your songs are resonating with so many people

Tasha – It’s always nice to get positive feedback. But we all know we can always do better

Tasha – We just want to stay true to ourselves and only write music that we enjoy playing. Yes We are in the middle of writing our next album and preparing for our 1st European tour in Oct/Nov this year!! Sooooo busy lol but loving it

Touching on the music, your first EP was a great combo of songs and your original drummer Pabz helped with that but you’ve since you brought Jordy on board it seems to have lifted your music to a new level. He seems to bring a huge amount of energy and passion that the rest of the band seems to feed off. I also think bringing Matty on board has really lifted the sound as well as the dynamic of the group. Jordy’s energy reminds me of a younger Clifford Hoad (Kings-Of The-Sun)

Tasha – Funny you say that we played with kings of the sun recently awesome band!! And mick got to meet angry Anderson. The right lineup is imperative to a band everything just feels right and we all feed off each other’s energy

Changing members would never be a fun thing, you recently parted ways with Az. How has that impacted on your performances and are you actively looking for a replacement?

Tasha – We love Az we still live in the same apartment block, absolutely no bad juju with us as we were friends before the band

Not being a musician myself it’s hard to judge accurately but having a live guitarist on stage versus a recorded backing track for those parts seems to create a different dynamic live. Is that the case with you guys?

Tasha – We don’t use backing tracks. Mick has just been playing the most prominent parts in each song and bass has been filling in gaps. At this stage we are too busy to be going thru recruiting lol. Not easy shoes to fill

Am I wrong or did you guys have a blast shooting this clip? (What’s Her Name?)

You should have had Mick’s dad in a cameo role

Tasha – We tried lol. Too much violence

Yep, smart bloke…two chicks beating the snot out of each other…I’d have given it a wide berth as well… 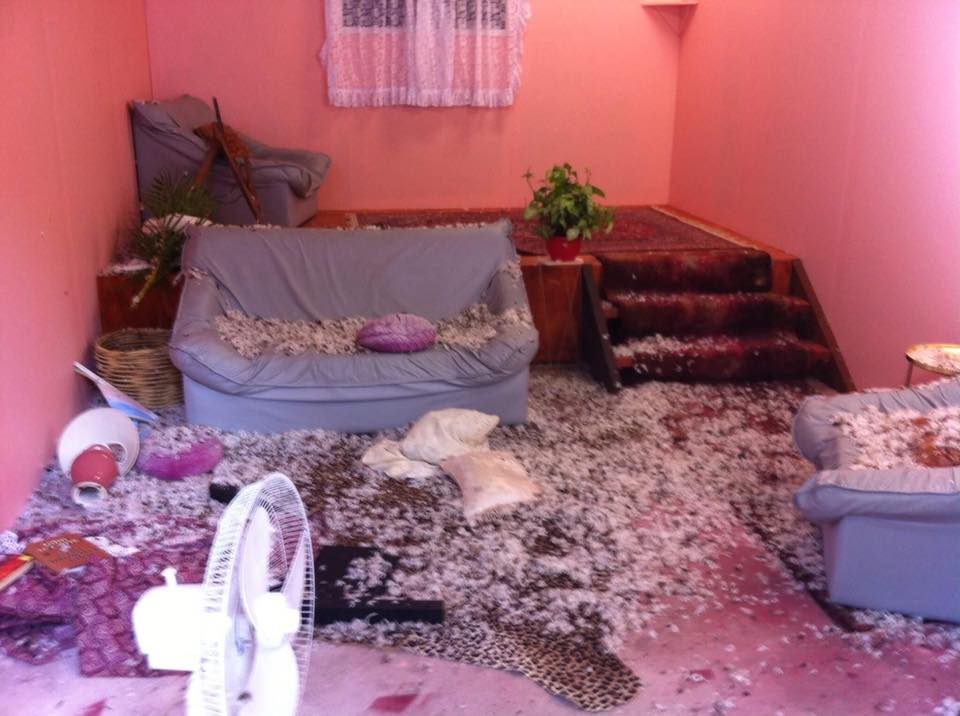 I’m sure you guys cleaned it up too… 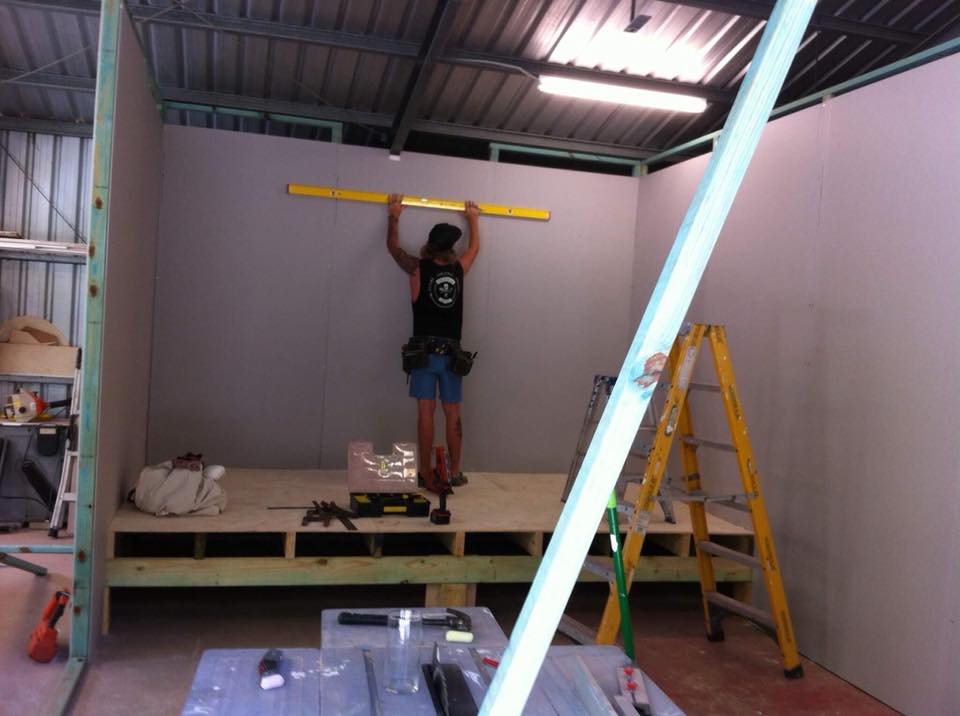 I reckon Matt makes a pretty good guitarist for a tradie… 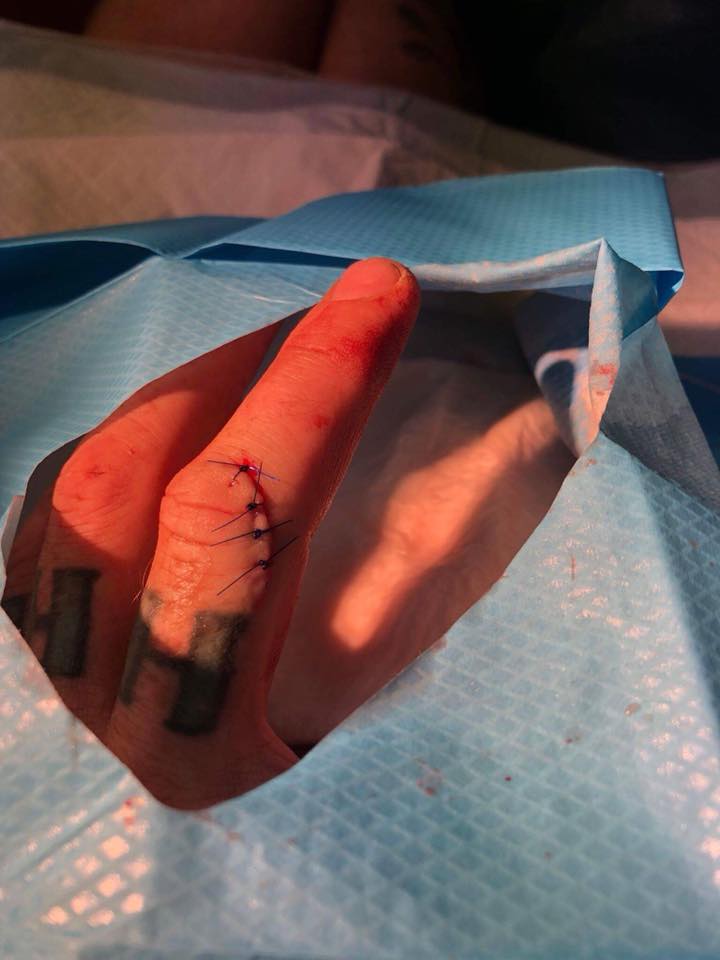 Tasha – We have physical cds we can post !! Smokingmartha@gmail.com Also iTunes, Spotify, amazon

Gwg –    That would be amazing as I have a Community Radio show and would love to air you guys.

Being like many from the younger generations, a lot of the Aussie pub rock music from the 70’s, 80’s and 90’s probably didn’t rate too highly on your playlists as you were growing up. Was this true for you or do you have a few songs and bands from that time that hold a special place in your collection? You’ve already mentioned Suze and Chrissy, any favs from them (this is where you post a few youtube vids)

Tasha – My parents come to every gig they are massive rock fans I am so lucky to have grown up listening to such great music. We also did our 1st recording with Ian Haug from powderfinger another iconic Aussie artist !! He’s now playing for the church

So, as is de rigueur for a Saturday night, I’m sitting behind my bar, watching the footy and having a few cocktails while I’m having this chat. Any favourite, awesome tasting cocktails that I might not have tried that I should add to my collection?

Tasha – My fave is a dirty martini. Extra dirty lol. But seriously lots of olive brine. It’s a meal and a drink in one

I hate olive juice…I’m more of a James Bond martini fan…shaken, not stirred…

So upcoming dates for the gang to catch you guys performing. Dead of Winter Festival in Brisbane and then supporting Hardcore Superstar also in Brisvegas. Any dates down south for our Mexican friends before you head off overseas?

Tasha – Yes!! But Unfortunately no interstate before we head to Europe and the Uk in Oct/Nov as we are independent and fund our own tours, Thank you so much for your passion in local Aussie rock

Thanks for taking the time to have a chat with us. This whole group oozes passion for local Aussie rock past AND present. I hope you’ll keep in touch and post any updates for us from your journey both from here and abroad. Pics, vids, doesn’t matter, keep us in the loop

Tasha – Yes definitely thank you for having us