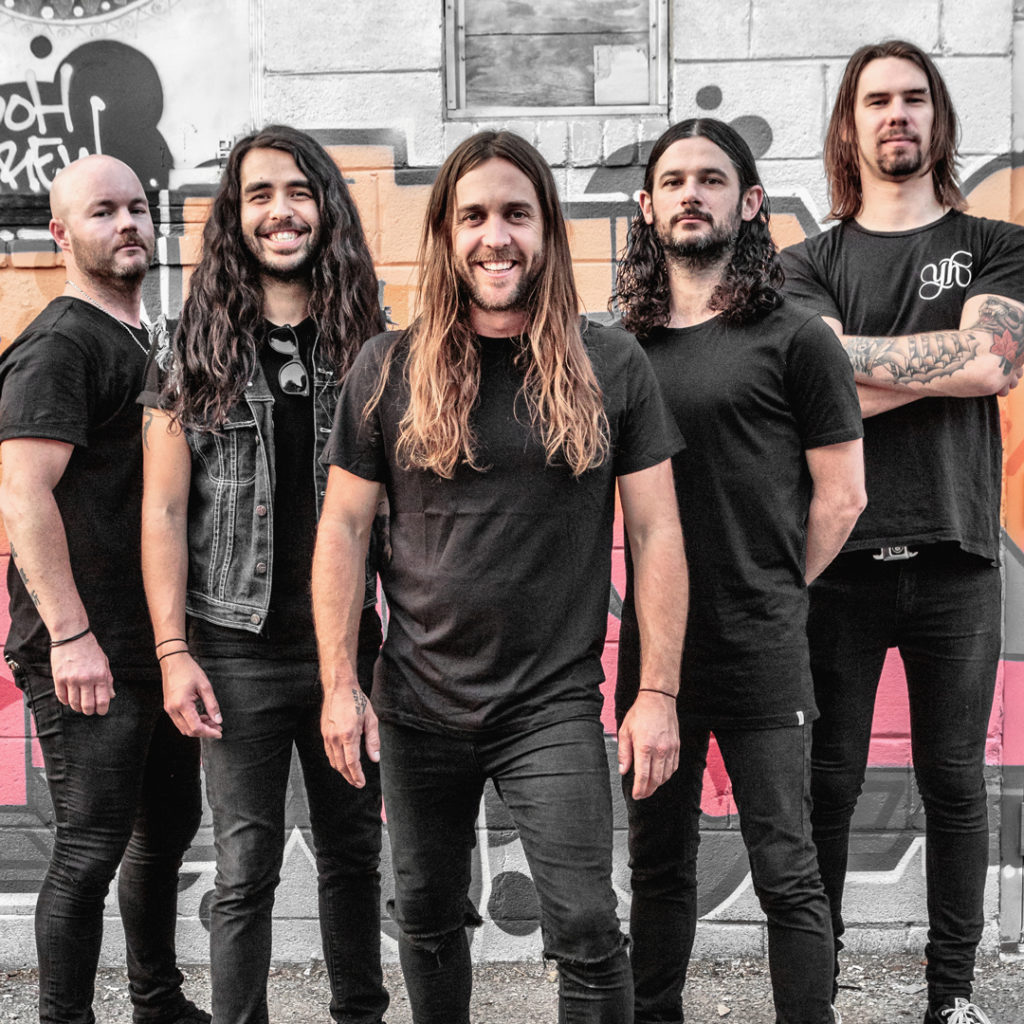 A wise man once said it’s long way to the top if you want to rock ‘n’ roll. If you’re The Lazys, it’s more like a long way across two continents and the world’s largest ocean. But since the Australian rockers have landed on Canadian shores, it’s been a balls-out ascent to become one of the most talked about live acts in the country. And they’ve now bottled that lighting on their new album, Tropical Hazards.

Opening track and lead single “Nothing But Trouble” sets the tone: a spirited ode to a particular type of “raging bull” rebel that reveals the influence of classic Aussie rockers like AC/DC and The Angels and may also possibly be a bit biographical. “The image popped in my head of like a guy like Bon Scott,” says Leon. “Someone who never pushed it too far, but definitely gave it a good knock. Kind of like us after a night of drinking! We never get arrested but we sure have a good time.”

The high-voltage riffage continue on tracks like “Can’t Kill the Truth,” “Take Back the Town” and “Louder Than Youth,” a song about defiance towards teachers who abuse authority, directly inspired by Leon’s growing up in the private Catholic school system. Then there’s the wink-wink, nudge-nudge of “Half Mast Blues,” a rollicking tale of a pirate and his… well, listen and you’ll figure it out…

If this makes The Lazys sound a bit cocksure, it’s because they are —Tropical Hazards spits and swaggers with the best rock records. But there’s more to the band than middle fingers and beers in the air. “Somebody’s Daughter” offers a different vibe altogether, a comment on missing and murdered Indigenous Women, a problem that plagues both Canada and Australia. And the stand-out track “Young Modern Lightning” is an emotionally charged, candid account of the realities of being in a touring band for 10 years — and the breakdown of relationships and heartbreak that often result. As much as any fast guitar lick or rollicking drum beat, it’s this song that reveals The Lazys true commitment to rock ‘n’ roll.