A while ago I stumbled upon a song from Brisbane based band “Smoking Martha” titled “Sweet As Honey”. The second track from their debut EP was a catchy little bluesy punk rock number featuring some smouldering vocals and some clever musical hooks.

Being their first release the EP was, as is to be expected, a little raw around the edges. Even so, the five songs gelled together to make for a highly recommended and extremely enjoyable listening experience. I was really looking forward to hearing more from these guys and hopefully in the not too distant future.

A few years on and they are in the process of putting together their first full length album. As is de rigueur they have released two singles to whet our musical appetites. “Say You’re Mine” and “What’s Her Name?” are now available for our listening pleasure and I’m suitably impressed with what has been dished up. I’ve linked to the official releases below.

What’s most pleasing is that whilst the new singles still retain their core bluesy punk rock sound they are also now much more refined and matured. I’d go as far to say that they’ve emerged from their musical cocoon and can now be compared to a cross between “Evanescence” and “Halestorm” with a dash of “No Doubt” thrown in for good measure.

“Say You’re Mine” really highlights how far the band has come since their previous release. A good song draws a listener in and tells them a story which is just what you get here. This one rolls along nicely but it’s around the halfway mark that the ride really heats up into overdrive before dumping you abruptly at the end. Excellent stuff.

“What’s Her Name?” continues to showcase the band’s evolution into emerging pub rock powerhouse with another display of their rambunctious musical chemistry. Each instrument works beautifully with every other, none of them overstepping. It was great to hear the evolution of Mick Broome’s guitar work as he continues to add more definition to the songs with his electrifying chops. Full credit also has to go to Aaron, Matty and Jordan whose rhythm section drives the music along like a racing heartbeat. It also gives a perfect vehicle to lead singer Tasha D to unleash her growing vocal prowess.

All told these two gems have me counting the days until the release of their album. If half the songs come close to the quality of the first two this could be a breakout for this hard working and talented group.

Be sure to check out their facebook page and give them a “like” to keep up to date with where they are playing live as well as when the new album hits the streets. 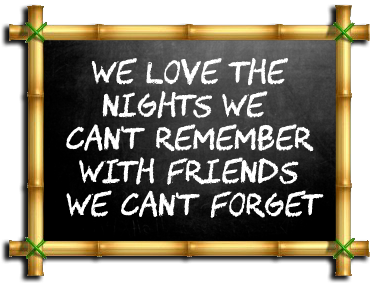